What is the Difference Between Craniosacral Therapy and Reiki?

"What is craniosacral therapy?" I'll be asked in a number of different social settings. Before having the opportunity to answer, oftentimes somebody jumps in with "It's Reiki!" and it's never a medical professional or a bodyworker answering.

I"m reminded of what a virtue patience is when in this situation arises, reminding myself that no person who has studied or received craniosacral therapy would answer that way. That being said, I am a practitioner of both and by no means want to belittle Reiki, it's a great form of therapy and I hope more people begin to practice it, but it is not craniosacral therapy.

"What's the difference?" you ask. Reiki is when the practitioner works with the observation, manipulation, or movement of the energetic life force around and within an individual, otherwise known as "ki" (pronounced "chi"). You can call this electromagnetic waves, energy, the force, however it makes sense to you as I believe it merits more research. Often, Reiki does not actually involve physical contact with the client.

During a session, a practitioner receives intuitive messages from the client's system and scans her/him for a number of different energetic qualities around the body. Furthermore, while this practice can yield great results for their clients, it's a little ambiguous over what health concerns it addresses directly. It works more in conjunction with energetic blocks that impede recovery.

While a true Reiki practitioner will generally need to study one to two years to really learn it as a "Reiki Master," massage schools often offer a certification in Reiki I and II in a few weekend courses. That's not to say that it doesn't require any effort or doesn't serve the client, it just doesn't take a lot of time to get a simple grasp of the practice to the degree that one might call themselves a "Reiki practitioner." A session from somebody who has truly spent some blood, sweat, and tears learning this modality (at least 1-2 years of study) will offer a very different session from somebody who took a few weekend workshops.

Craniosacral therapy, on the other hand, fundamentally works with the client's autonomic nervous system, bone movement, and their cerebral spinal fluid, as a window to feeling aberrations in organs and other tissues. It requires direct physical contact with the client using a very light touch. At the very least, one should have a knowledge of bones, particularly those of the vertebrae and skull, and the sutures (the places where the bones of the skull connect). While intuition is valuable here (as it is in any healing profession), the client's system, if held correctly by a focused practitioner during a session, will clearly indicate the location of the problem and where the practitioner should move next. The practitioner then tracks the client's bone/tissue movement and the change in speed at which the bones/tissues change as a result of being held in such a way.

With the exception of "Intro to Craniosacral" courses, which are generally 16 hours, it takes a bit of time to really delve into this work. I have rarely heard of a craniosacral training that didn't require at least 50 hours for people aspiring to be basic level practitioners, and that's a modest number. During intro classes, a good teacher will have the integrity to explain that this is just a preview of the work, and that a proper class requires a lengthy period of study. While there are a number of different ailments that will work with craniosacral therapy, the ones that my clients most often come for are joint issues, a slew of back problems, TMJ, headaches, different nerve issues, autoimmune disorders, and babies who have had birth complications.

I didn't feel comfortable calling myself a "craniosacral therapist" until I had completed 700 hours of study, during which I was required to learn quite a bit of human anatomy, a standard most Reiki practitioners I know aren't held to. In fact, it wasn't until John Upledger developed craniosacral therapy that one could learn it without an extensive medical background. Previously, you had to be a doctor, osteopath, or at the very least, a nurse to learn cranio-opathy, it's name before Dr. Upledger expanded upon it and made available to anybody willing to learn.

So, again, Reiki is a great healing tool which I hope to see become commonplace in clinics. And craniosacral therapy also has a long way to go until it's recognized as something more than a tool in a massage therapists belt. Yet just as a tomato is not a bell pepper, a dolphin is not a whale, and a trumpet is not a clarinet, craniosacral therapy is not Reiki. I recommend receiving them both to truly understand the difference. 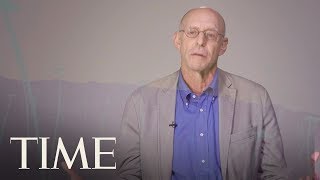